You are here: Home1 / About Me

About our St. Francis Pet Medals

By Sharon Bryant, creator of St. Francis Pet ID Tags for Your Dog, Cat or Horse

For as long as I can remember, I’ve loved animals. We always had a family dog, a pony, and other farm animals. The first animal that was given to me, and was mine alone, was a bantam rooster. My Uncle Bill gave him to me. We became great friends right off the bat. He used to roost in a tree outside my bedroom window each night. He would sit on the butt of my pony and we’d ride around the neighborhood proud as could be.

We had a grand time ‘til Pineapple, the Cocker Spaniel who lived across the street, decided that he needed more for dinner and that was that for “Uncle Bill” the rooster. I was sure he would come back to life in a few days and begged my parents to let me keep him in the basement until his life returned. That lasted about a week and I finally realized that he wasn’t coming back to life.

It still amazes me that my parents let me do that…I had great parents. They put life’s lessons on the fastest and most sure track to acceptance. While I was horribly upset with Pineapple, it didn’t last long once I got over the loss of “Uncle Bill.” My father had a brood of chickens in the barnyard. He used to call them his women. Although I don’t remember this, my sister tells me that every morning after “Uncle Bill” died, I would squat over the chicken egg nests waiting for them to hatch. I guess I had in mind to hatch another chicken of my very own.

St. Francis of Assisi is my inspiration

Being raised in the Episcopal Church, I learned about the Saints and how/why they were canonized. I was amazed at the things I learned about St Francis of Assisi. He was my favorite Saint from as early as I can remember going to church.

He was boundless in his way with animals and his love for animals. He was the first person to celebrate Christmas with a “live” Nativity Scene. He was also the first person recorded in history to have stigmata, the marks resembling the wounds of the crucified body of Christ.

I never forgot the power of St. Francis when my life continued steering toward work with animals. I have worked on many horse farms, mucking stalls and taking care of all the animals on each farm. I earned my way via work/study programs learning the art of dressage which is a way of training to produce mutual trust and harmony between horse and rider. 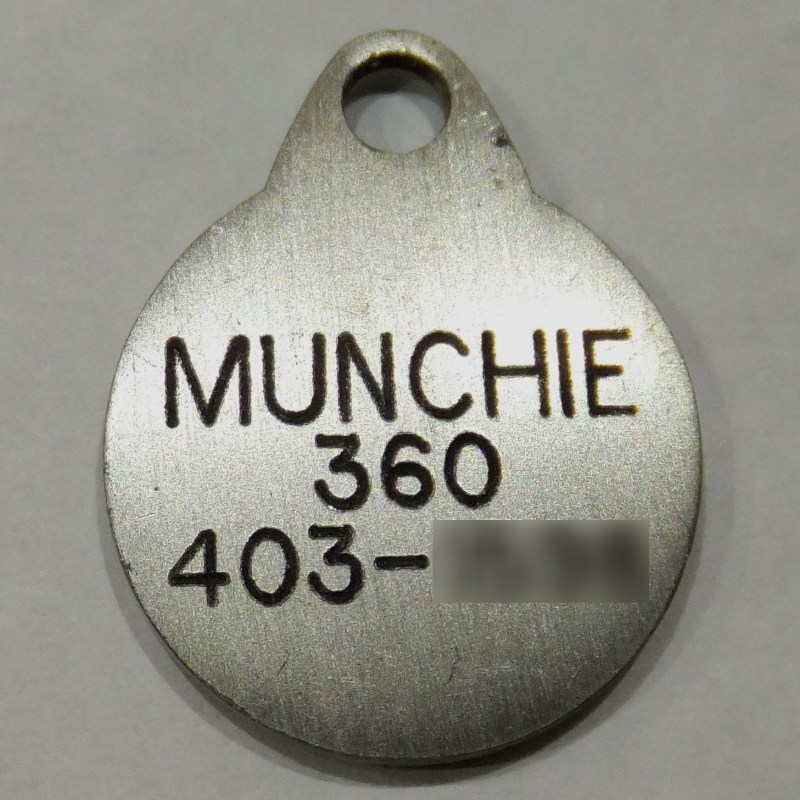 Option: We engrave the back to create a St. Francis Pet ID Tag
Example on a silver-plated medal. 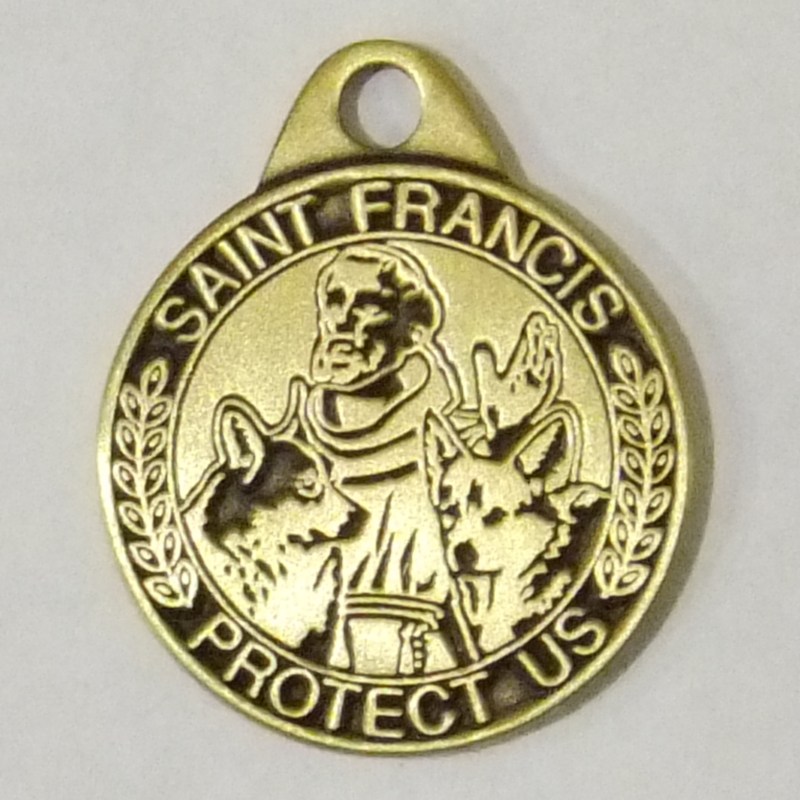 Having an animal in your life is such a blessing. I have learned so much from them: their unconditional love, their trust, their honesty, their peace, and their inherent lack of fear in an otherwise imperfect world. That’s why I created the St. Francis Pet ID Tags you’ll find on this website and why I support many shelters some of which are listed below: