The Story Of Mitzy

You are here: Home1 / The Story Of Mitzy

THE POWER OF LOVE 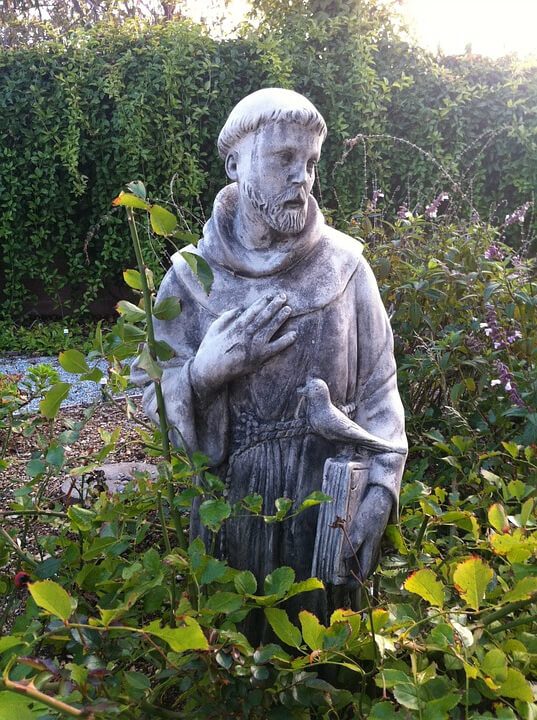 It was February, 2003. The winter storms were particularly bitter that year. After three days and nights, looking at nothing but white, I had cabin fever so badly, I dialed a friend who had 4-wheel drive and dared her to drive us into town for a movie.   A true friend—she said she’d be right over to pick me up!  The main roads had been cleared once, but country lanes like mine were really treacherous, and even with a 4-wheel drive, we went very slowly which is how I saw the dog standing beside the road.

Three hours later, after the movie, the dog was still there—with more snow on her back, as though she had not moved at all.  She did not move on the rest of the trip home, her eyes staring into a world I could not see.  Once home, I wrapped her in a blanket, felt her tremble, as though blood was starting to move through her body—and she started having seizures!  I almost dropped her, I was so scared!  But then, her body relaxed and she let out a small grunt and went to sleep. Somewhat relieved, I decided to wrap her in a dry blanket and get some sleep myself.  Next morning, the empty food dish and water bowl showed she had recovered.

The snow had stopped. It seemed a good time to head to my vet’s office and see if anyone had reported the dog missing. . During the exam, the vet said that she was ancient; she had no teeth, she was blind in both eyes, and deaf in both ears. Other than that, she was healthy. But no one in the office recognized her.  I called every close-by animal shelter and vet office, but the response was always, “Sorry. No one has asked about a dog like that.”

Over the next couple of days, boarders at the barn said that they had seen her beside the road for three days. I was amazed that this ancient dog had survived three days in a howling winter storm!

My Corgi, Two Socks, loved her. We named her Migety.  Every morning, Migety would follow us to the barn. There was such a joy about her…bounding along on her arthritic legs, her tail wagging… At other times, she seemed bewildered and lost, once again gazing into a world I could not know.

About four months later, I was riding a horse in the indoor arena, Migety dozing in a sunny spot at the edge of the arena. The next time I looked, she had wandered into a paddock. To my horror, I saw a horse run over to her, rear up and stomp her!  Screaming bloody murder, I flew to the paddock to rescue what I surely thought would be a dead dog.  I picked up the limp body and gently placed it on the ground.  Migety lay there lifeless.  After a bit of time, she got up and trotted off as if nothing had happened. After that incident, I started calling her My Angel Puppy. What kind of miracle was this; this ancient dog could survive not only three days in a winter storm but a horse stomping to boot..?  A few weeks after that, the mother of one of my students watched a boarder backing her car out of the barn parking lot, one tire backing over Migety’s pelvis and hind legs. Migety got up and kept walking like nothing had happened.  There was, definitely, something extra special about this little dog!

In early September, I went home to Virginia for two weeks for our traditional family reunion, leaving Two Socks and Migety in the care of friends. When I returned, Migety was gone. I was in a panic until a boarder told me that a new boarder renting a stall while I was gone had recognized Migety!

Migety was actually named Mitzy. She belonged to a woman named Lucy who lived about 300 yards through a thicket of woods from my front door. A house I didn’t know existed until Two Socks and I visited her that day.

Lucy was Filipino and was as ancient as Migety.  She had married an American soldier during WWII. At first, I felt angry that someone had just taken Migety.  Then Lucy told me the story of Mitzy.

Lucy had gotten Mitzy from a rescue shelter 20 years ago.  She was approximately two years old when they adopted her.  Lucy was so happy to have her back; she just kept hugging me, crying, and saying ‘thank you’ over and over.  She had searched everywhere for her, even during the snow storm’s worst moments, and had decided that Mitzy must have perished, given the terrible conditions and the coyotes. (I’m guessing Mitzy suffered a small stroke the night of the snow storm and could not find her way back home, or it could be that her sense of smell, one of the few senses she had left, was lessened by the snow on the ground.)  Lucy had been heart broken. And then—she was reunited with her amazing Angel.

Two Socks and I visited Mitzy and Lucy nearly every day. It was wondrous to see Mitzy with Lucy. She no longer had that far-away look in her eye, and seemed to shed more years each time we visited.

In late September, Mitzy had a stroke and was totally incapacitated. I told Lucy that I would pay for a veterinary visit, but she said, “no, that they wanted it this way.”  Over the next couple of weeks, Lucy fed Mitzy chicken and beef broth via a turkey baster.  Mitzy was not in pain and seemed to rest in perfect bliss. On Oct. 7th (my birthday,) Mitzy died, quietly, in Lucy’s arms.

Over the years, I have thought so often about Mitzy and Lucy. I know, now, that Mitzy was not going to let a single thing take her from this earth until she was home.  Herein lies the power of love…of a very special dog who was not about to leave this world until she was home…home at last with Lucy!

I feel so blessed to have shared a small part of this little dog’s life.